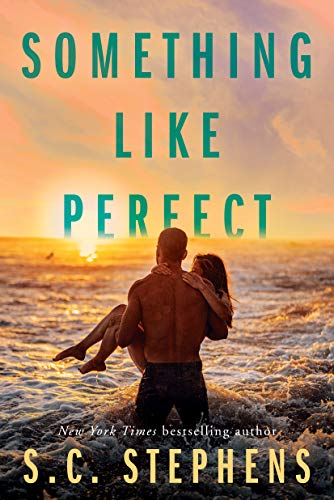 Well, Thoughtless, S.C.Stephens debut book was one of my earliest kindle reads, and I loved it. Even then though the cheating aspect made me a little uncomfortable, I know its fiction, but I’m pretty strong on cheating – don’t do it. In real life that is 😉 In a novel I can excuse it if the characters at least try to avoid it, make some real effort. So, seeing this book included it made me pause, but I decided she’s such a great writer it was worth trying. After all I loved Thoughtless and the other stories that followed.
Its a quick easy read, sweeping the reader along with a host of emotions. I could feel the connection between Valerie and Jake from that first coffee shop meeting, and could imagine her shock at that family dinner. What a nightmare.
It puts them both in a difficult position but wisely they both decide to do the right thing and really do make a solid effort. And then….something huge happens that changes things. I wasn’t expecting that, and I can see that its got its lovers and haters. Yes, it is a little far fetched, but things like this do happen in reality, life can be far fetched at times and I just went with the flow and enjoyed it. I understood what happened and why, I think in those circumstances most folk would have acted the same.
Then of course comes the later part of the story where they’re both struggling in their lives, Val loves her sister, Jake feels guilty and doesn’t want to hurt his girlfriend and it looks like a story where no-one will be happy. I feel this was one of the best parts of the novel, drama abounds, emotions and tensions are high and I felt for all three of them. They were all heartbroken, and it looked like none would get a happy ending. I liked that this took some time to resolve, I hate reads where characters are heartbroken one page and all over it by the next page. I want the characters to hit bottom, I want to wallow in their pain….and then when it comes right I am so happy.

Stars: Five, its a quick, light read, a wash of emotion. Its not one I’m likely to re-read but I really enjoyed it.