Lead Me Back, CD Reiss

Lead Me Back, CD Reiss 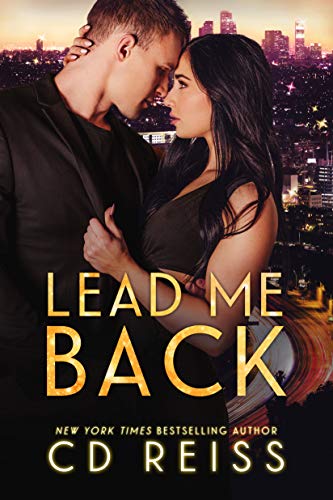 I’ve read a few of CD Reiss stories, and one, Bombshell, is my favourite., so much so that I’ve read it three or four times now and still find new things in it. I expected to love this book as much but…I didn’t. 😦

I loved Kayla, and loved Justin’s gran Louise – I want to be her when I’m her age! Justin though, at first he was such a jerk and I found it took me a while to get past that.

What I really struggled with is that I felt there was so much going on the I was expected to understand but didn’t. The band and the separation – I didn’t really understand that, likewise it took over half the book before the truth about the last incident with them came out. Kayla and what she was running from, the significance of those bolts of cloth – they kept cropping up but they didn’t really mean anything. Even when I found out the backstory I didn’t understand really why they played such a big part, when it didn’t really go anywhere.
I found Kayla, Justin and others having conversations where I only understood part of what they were talking about – you know, the way long time together couples, friends that are very close – can talk and say so much with just a few words. Kayla and Justin would discuss something, come to a decision and I still didn’t follow what they were discussing, never mind where it was going. Justin and his agent, Justin and his band-mates, they’d talk and make decisions and I was in the dark. I just felt lost as to what was happening much of the while.

Sadly that meant I didn’t really love this book as I’d hoped, it was a fun read but not one I’ll re-read. I wasn’t really convinced of the love either, when Justin seemed ready to push her to the background even though she told her what happened, I felt, as with his band, he was putting his career above his friends and lover. I just can’t forgive that so easily as Kayla did, she was so spunky, had been through so much that she needed support, not pushing to behind the scenes. Possibly that wasn’t what they meant too – it was more of those conversations that I found hard to follow.
I loved the way Kayla finally got justice, and of course that things worked out for her and Justin, but it was a little too slick, too rushed, and I’m not sure that was best for long term happiness.

Stars: Three, for me there was too much unsaid, too much confusion, and Justin went from jerk to justice too quickly for me to really believe in him.