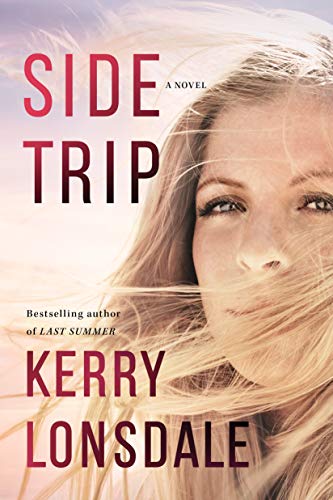 Anyway, I love Kerry’s stories, and was keen to see where this would take me. It was incredibly emotional, heartbreaking for both the young Joy and the person she is now. She’s doing her dead sister’s bucket list, mirroring what she thinks her sister wanted in life. Joy has her life planned to Judy’s lists for her future, and they are pretty fixed but Joy feels she needs to follow them. I felt she was so entrenched in Judy’s would-be life she has repressed her own wants and needs, its clear that she isn’t enjoying things in the way she expected. There’s no room for spontaneity in her life, its only whats on one of Judy’s lists that’s allowed. So what on earth happened to let Dylan on the trip with her? Well, blame Judy’s list for that :-), fortunately it has things that push Joy out of her familiar zone and having Dylan along helps her cross things off the list.
Dylan is totally opposite to joy, on his own private trip, he’s all for free spirit, no plans, spontaneity, his views are so opposite to Joys, and yet the two get on so well. I loved Dylan, was intrigued by his reasons for making the journey when it was so clear he hated what he was doing.

Both Joy and Dylan are in a way escaping from their pasts, affected by what happened then, even to the current day. The novel breaks into time periods, the past, the present and the future ( which is of course also the present). I don’t usually like stories set out like this. I find it frustrating, as just as I’m desperate to know more then time zones jump, but here Kerry keeps it short so it works – and works well. I was in tears more than once, and towards the end I was devastated. Gutted. Ugly crying. I really didn’t think that was coming, I almost stopped reading. I’m so glad I continued to the epilogue though – it was perfect. Wonderful. Satisfying. And cleverly done.

Its something I again don’t usually like, have only seen it done as a kind of escape effect when writer seemed desperate to get the H out of a situation that seemed to have no answer. Here though, I should have kept in mind the plots premise of fate v the what if’s.
“ What if Joy and Dylan had exchanged last names? What if he’d told her she made him believe love was worth the risk? And what if they hadn’t made that second deal when they couldn’t say goodbye?”
Its so important to bear that in mind and keep reading. I didn’t and it wasn’t until I re-read the description just before writing my review that I realised how intentional it was, and it made sense. Its a plot device I’m still not a fan of, but it works here. For me though it did mean I dropped half a star, as even though it works I just don’t like that kind of mechanism for a story. Maybe if I’d realised at the time I was reading, rather than next day just prior to review. If I’d not been reviewing I wouldn’t have read the description and realised that it was intentional, part of the “what if” premise that’s integral to the story. That’s my personal issues though, and of course others will feel very differently. A really emotional read.

Stars: four and a half. I’m being picky but I can’t get past how easily I could have missed that a huge part of the story was intentional, and not just the plot device I’ve seen before and disliked.