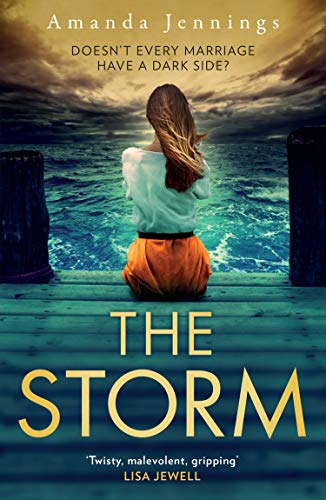 I’m not really sure why this is listed as New Adult, everyone in it is well past that except for Hannah’s son 😉 Anyway, I was expecting to love this, it sounded very intriguing.
I liked it, a lot but didn’t love it. Its one of those I’m glad I’ve read but won’t reread.
I didn’t really like any of the characters, except for poor Alex, he was the innocent victim in everything.

Nathan is obsessed with Hannah right from the start and manipulates his way into her life. He’s got money and uses it to carefully lure her in, not in an obvious way, but in more subtle ones once he susses that she’s not impressed by wealth. Her boyfriend Cam though….he’s stiff competition. Cam’s a fisherman, to Nathan its no contest but of course Hannah is in love and for her Nathan is just a good friend. And then something happens that changes everything.

Nathan goes from being a bit of a stalker to a total control freak. As events unfold I can actually see where his issues lie and they stem from way back in his life, to childhood and I did feel even the tiniest bit sorry for him. He knows way more than he admits, and what seems like heavy handed OTT control is his attempt to stop Hannah – his love, his life – from leaving. It made a hard life for her but she puts up with it for reasons of her own.

Then there’s Cam who I hated at first, for leaving when she needed him, but of course as events unfold it wasn’t that simple. I had guessed at some, though not all, some parts came as total surprise. I felt so sad for some of the characters, life in a fishing fleet is tough, harsh and death or life changing injuries never far away.
Its a classic story in a way of Teen ( imagined) Invincibility meets Real Life, and led to sadness all round. Alex was caught in a trap not of his making, Hannah was in a situation she felt she had only herself to blame, Cam did what felt right at the time even though he lost everything, and Nathan, well Nathan thinks he has the girl he loves but its only by controlling every bit of her life that he has her….A really sad group of characters, and even the ending holds a hint of more to come.

Stars: Four. A great read but not a re-reader for me.