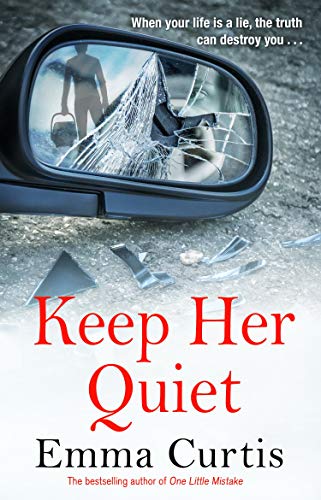 Wow, what a read, full of surprises I didn’t see coming. Some stories you can see way ahead whats going to develop but this one threw all the curve-balls….

Leo, what a narcissistic man, concerned only about himself. It made me wonder what Jenny ever saw in him. When she strays that one time she has no idea Leo knows the baby isn’t his and yet I felt it wasn’t so much for love of her he kept quiet but because he didn’t want to lose his cushy life that allowed him to be An Important Author. How much of that was down to his childhood, with a weird mother and a father who felt he’d had to give up his dreams of being an author to teach because of Leo. Who knows what shapes people, or whether they just are that selfish.
Jenny, poor Jenny. I don’t condone cheating but Leo must be a hard husband to live with, she had to do literally everything in their marriage, so the man could focus on his writing. He made that very clear, he was going to be a great Man, make his mark on the literary world and nothing would stop him. She strays just that once and that changes the direction of so many lives. I so felt for her, she had her life changed by things totally out of her control.
Then there’s Hannah, not much more than a child herself, yet abandoned by her family, abused by those she trusted and left to make her own way. She and Leo hatch a plan on the fly, trap each other into long standing events. In a way I understood her actions, and her later ones, though I found it hard to believe she would have acted that way. It proved to me really that however much I felt for her she was in her own way as selfish as Leo. Put herself above everyone else.
Then the later events of the book, well, once more we saw there was no end to Leo’s selfishness. He was callous in his musings about what to do, it was all about what worked best for him. At times it was incredible the way he casually went through possible scenarios, how he felt he’d had no choice, how he portrayed himself, even after these terrible actions, as a good guy, just doing his best in difficult circumstances.

Its a gripping read, stunning the way shock after shock gets delivered, the way that one cataclysmic event had consequences that lasted years, that get wrapped in lies, falsehoods, actions beyond imagining. I really didn’t see so many of the twists, big ones and even up to the end, smaller ones. That letter shocked me.
There’s one true innocent at the heart of this who gets a life she really didn’t deserve. I so felt for her. What long standing consequences could come from her innocent actions.

I think what I always had in the back of my mind too was this is so far fetched and yet…we see over and over it actually does happen. There’s one particular story that sticks in my mind from a few years back that reminded me so much of the events here, how we can do unimaginable things for our own ends, to save face, how we can justify wrongdoings to ourselves, telling ourselves we had no choice.

Stars: Five. A great read, full of surprises. The characters were so perfectly written, I felt as if I was there with them, a voyeur in their lives. A read to treasure, to whip out on a dull day and lose oneself in.