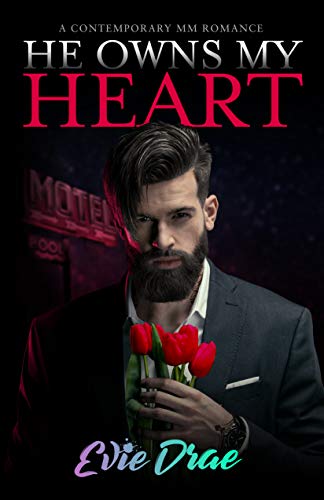 I enjoy a good M/M romance sometimes, I like variety in my reading. I was offered the chance to read this, and as the story extends into a trilogy I thought that hopefully we’d get a romance with some solid dramas. I do love lots of drama in romance 😉

Landon’s a sweet guy, you can just feel how he wants to be loved, for himself, not for his fame, not for what he can do for the other person, just for someone that wants him. Maybe that stems from his background, his family made it clear a gay son was not what they wanted. His dad’s in politics, and I’m thinking maybe in book two, or even three, we might learn more about him, and the conflict he perceives Landon’s sexuality to be.
Then there’s Toby, poor kid, has been brought into prostitution to help his family, and he lives an awful life. Then when they meet its clear that both can offer something to the other. But – sadly – I didn’t really feel the attraction somehow, I felt desperation almost, and of course some hot lust, but I wanted them to get to know each other apart from all the sex.

I think that’s my issue with the story, I like sex in a romance, but there was so much here it almost became all the story, and I found myself skipping yet another sex scene to get to what would happen. There’s so many potential plots, Landon’s family, Toby’s family, Toby’s awful situation and how Landon can get him out. Steffan, Landon’s friend, a sharp guy who feels like if he’s in your corner he takes no prisoners when it comes to defence. And of course Garret and the reality show saga ( why does anyone ever think its a good idea to do one of those?).
Garret had so much potential but he didn’t really get up to much til near the end, and even that bit of drama was over quickly. Its a personal thing, but I want to wallow a bit in the sad parts, and when the drama ends so quickly I don’t get that. I did feel too, after all the PI stuff and questions about how to help Toby, that resolution of that came way to quick. If it was that simple why not do it before? It kind of makes me feel maybe Landon wasn’t as certain of what he wanted do do as he appeared.

Stars: Three, well written and for many readers its perfect. Its just my quirks that make me want a bit more story, a bit less sex.