Cuckoo in the Coven, Saskia Walker.

Cuckoo in the Coven, Saskia Walker. 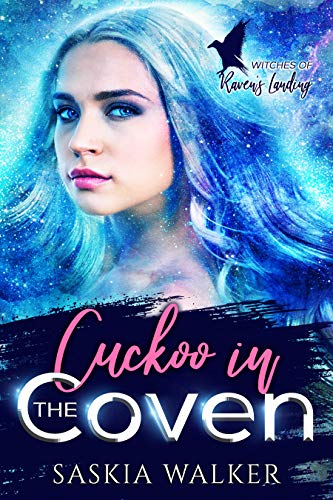 Like the first in this series the story is fun, light and at times very steamy. Its an easy read story, not one that’s dark and dense, but a kind of sexy, supernatural M&B read 😉

I liked Rowena, felt for her when she thought she’d been let down by Caleb. She’s somehow they type of person you feel protective of, but she actually has a lot of inner strength.
I wasn’t sure about Caleb, I understood his need to know more of his origins, but using someone to get information isn’t really something that sits well with me. The woman holding the story of his background over his head is deliciously horrible. I do like characters of that type in a story, it adds a sharper edge. Knowing that though, and Caleb does, I wanted him to think a bit more about what she was going to do with the information he found for her. It wasn’t going to be anything good, and I needed him to recognise that but he didn’t want to.
She had connections with people from Raven’s Landing that I didn’t expect, and of course everything comes to a head, both groups meeting, magic being thrown out hard and fast, and a brief appearance of sorts by Fox. I do feel that magic is a little bit of a quick fix solution in this and the previous novel, but that’s a personal issue. I like it best when characters have spent time honing skills, not when they instinctively know what to do. Its a small irritation though.
Stars: Three, its a fun read, quite light but easy to follow, no intense concentration needed.
ARC supplied via author.