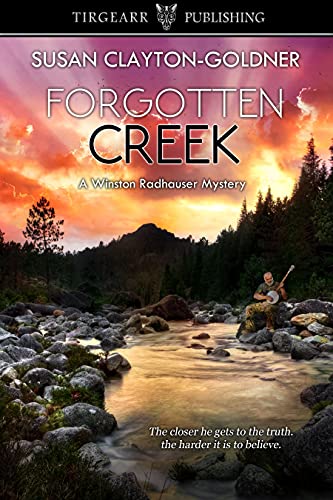 Another winner from Susan. It kind of feels automatic now to me that I’m going to be thoroughly engrossed in one of her books. As a reviewer though I do take reading seriously, and even though I’ve loved past books I still rate each on their own merits. If I don’t enjoy one I will say so. Fortunately that doesn’t happen here 😉

So once more Radhauser is hunting for a killer, a race against time as it seems an open and shut case, and of course as always the media and the local bigwigs are pressing for a resolution. It helps them too that the alleged killer is one of the homeless….
We have that same kind of pressure here in UK, where the news media are baying for blood, casting blame everywhere if there’s not a suspect found asap. I’ve always worried about that, about whether the real killer could get away due to that pressure, and the wrong person be convicted.
Radhauser is determined Corndog is innocent, but his partner MacBride isn’t. His boss Murphy is being leaned on by the Mayor, who no doubt is being led by press and of course votes…its easy to see how things get muddled, how its simple to take the obvious solution and not look harder. Thankfully Radhauser goes with his gut, bends the lines to the fullest, even puts his job on the line in his search for the real killer.

Along the way we learn a lot about homeless folk, and here in UK we have same issues sadly. Its awful, horrible, to think of people living in tents in freezing weather, sleeping on benches, in doorways. What do we do? Make rules to force them elsewhere rather than try to solve the problem. It’s a good job there are folk like Radhauser and sister Elizabeth who see the person, not just the tag of “homeless”. Its a fate that could happen to any of us.
Radhauser’s search takes him cross country, digging out old files, asking hard questions. We meet folk connected to suspects and victims, and learn more backstories. Some of them are heartbreaking, and for parents dealing with the loss of a child, well, I just can’t imagine that kind of grief. He has to be really careful in how he approaches them.

When the answers begin to show up Radhauser knows he’ll have to have an iron clad case. Its going to be a really tough sell to his boss to get the warrant to search for evidence, even if his boss wasn’t convinced they already have the killer. Radhauser needs to find every scrap of evidence he can, motive, opportunity, connections to what they already have, to make his case for that warrant.

I loved that we meet Kendra and Caleb again, I was so pleased for them. I can’t recall which book featured them, but it felt like meeting old friends and being pleased how their life worked out.

Stars: Five, another brilliant read, engrossing trying – and failing – to work out who was the real killer. That came as a huge surprise.