For the Wolf, Hannah Whitten

For the Wolf, Hannah Whitten 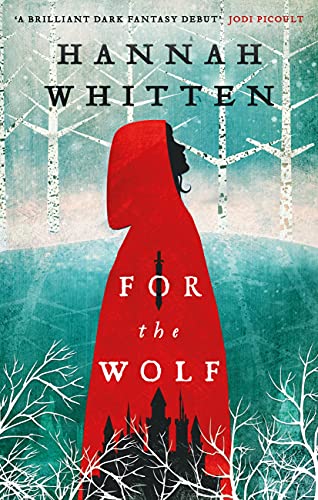 I was so looking forward to this but the beginning…well, I had to restart a few times because, honestly, it was a slog. Once past that though it was a fantastic read, I’m so glad I didn’t give up, and I really want the next book Now!

I loved the Wilderwood scenes, they really were the best part. The slow burn romance, the Fife and Lyra interactions, the other characters, descendants of those caught in the past, and of course, the Wilderwood. A wood like no other, sentient, but focused on survival at all costs, and that’s meant the deaths of second daughters in the past.
What I wasn’t keen on was the Neve, Kiri part of the story, at least in the early stages. When the end grew near the two parts melded and became one but until then it was as if I was reading two different stories, only tangentially connected. It was hard jumping from one story arc to the other.
There were some terrific characters here, some horrific moments in the Wilderwood, and lots of things to learn, superstitions and stories, some of which were true, others not. I hadn’t read the connection to Red riding Hood, thankfully, as I don’t like re-imaginings of traditional stories and would have not requested this. To me, the only connection really is superficial, Red’s name and cloak, the woods and Eammon being known as The Wolf.
Its a fantastic read, once past the beginning I was gripped. Its very intense at times, lots of gritty drama and details, and the fabulous slowly unfolding romance. I am so hoping its not long to wait for more!

Stars: Five, If you struggle at first, stick with it, its so worth it. Fabulous, dramatic, intense story. And a gorgeous slow burn romance.