How to Talk to a Goddess, (The Thinking Woman’s Guide to Real Magic 2), Emily Croy Barker

How to Talk to a Goddess, (The Thinking Woman’s Guide to Real Magic 2),
Emily Croy Barker 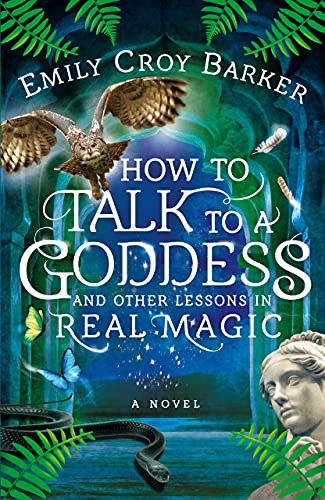 Its so long since I read book one that I decided to reread it. I remembered parts but discovered there was much I’d forgotten, and found that it was still as much fun as first time round.
Then I went straight on to read this and I think having refreshed my thoughts via first book made it easier to get into Nora’s mind, to follow why she chose certain actions. I was a bit sad for her parents who would once more get plunged into a mysterious disappearance, but really, how could she explain it? I think at least leaving them a note would have been kind, even if they don’t believe it.
I liked that Nora’s return was not seamlessly easy, and very believable. I wondered how after accidentally slipping into that world she’d be able to repeat it, and it was done in a way that felt natural.

I loved this book, the first is still my favourite by a small margin, but this has some great parts. I did like the things that happened, good and bad, to Nora and Aruendiel, the separation, the jealousies ( I love a good jealous issue!) I wasn’t so keen on the Goddess parts, and of course that’s a huge part of the story. It wasn’t that I disliked that part, I just felt Nora became someone else at times, and I wasn’t convinced she’d have acted in the way she did.
I’m glad the Faitoren were brought in and a resolution found, that tied up any lose parts from earlier and allowed the story to move forward.
I enjoyed meeting Aruendiel’s friends, and how they pulled together in dangerous times. The magic, I love that, loved the workings of the spells, loved the whole idea but then at heart I can’t help wishing there was magic in the world…..
Its a fun read, a worthy follow up and I would still like more from this world. I think Nora, Aruendiel and their friends could still have lots of adventures.