Love you to Death, Reily Garrett.

Love you to Death, Reily Garrett. 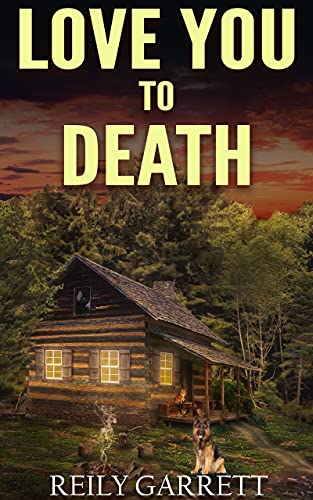 I really enjoyed this. I think much of that comes from having read some of the earlier books, I’m familiar with the characters and how the team works. The only issue I had was that Dylan was a major romance lead when its only been months since his love was killed. I find it difficult to believe someone can fall in love again so quickly – but that’s just me, its not an issue for everyone of course, and didn’t spoil the story.
I loved Dylan in the last book, Deadly Interception so was pleased he’s the male focus of this one.
Taylor is ambitious, fresh out of probation and working along with her dog Magnum, she’s been given the job of looking into cold cases of missing girls. Out in the woods she gets a terrific break ( and OK its fiction right, so go with it. Strange things happen even in real life) when the latest would be abduction goes wrong and the victim escapes. She meets Dylan with Amelia, the victim, and another man, both helping but also very suspicious of the other, especially Dylan. We know his background but Taylor doesn’t so she’s immediately wary of both.
Gradually the team become involved, Taylor is wary but can’t deny the results, and her supervisor Trenton seems to know and approve of them all so goes along with it. It beings her right into danger several times, and I enjoyed trying to work out along with her so was behind this. There are some interesting clues, some I missed at first of course, that always seems to happen….I’ll get better one day at finding them. I’m in awe of how authors think of all these thinks, think of how to set up little signs that aren’t obvious until it all comes together. Reading I love, writing had never been my forte though! I just don’t have that kind of imagination.
I was still puzzled by the motives though, even when the person behind the abductions was revealed, and then there’s a lead in to the next book which shows that its actually not all over yet. They have one of the major players captured but it looks very much like there is another, so of course the motive is yet to come 😉
Trenton seems to be involved in the next story, I hope he’s the male lead. He’s kind of on the fringe of the group right now, but has some good talents and connections and could give much to them.
As always the dogs ( and Keiki’s drones) play a major part, and I love that they’re brought in that way. Dogs in real and fictional crimes don’t get the recognition they deserve very often!

Stars: Five for this one, a really gripping and entertaining read. I look forward to more on this story.