The Missing Pieces of Us, Eva Glyn

The Missing Pieces of Us, Eva Glyn 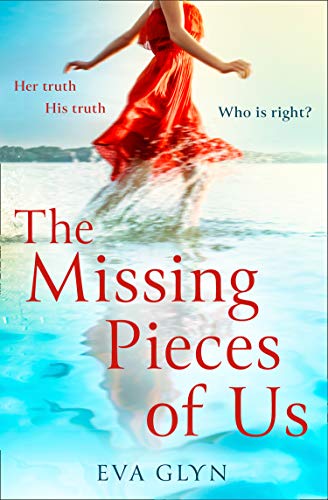 So, the book. I was really intrigued by the description. I know from reading that actually what we remember as The Truth isn’t necessarily what happened. There have been many studies around police witnesses to prove this. So I wondered how things would play out in the story. Plus I’m a sucker for second chance romance.

I liked Robin, as a young man and now as someone older. He’s been through a lot and has learned so much about himself, he seems reasonably secure in who he is but…Izzy. She seemed to spend an extraordinary amount of time belittling him, in subtle and not so subtle way, and he just took it. She didn’t seem to notice she was doing it. I liked her at the start of the book, and I think that core of her remained inside. Now widowed, suddenly, she’s clearly got issues of her own that she’s ignoring, and that’s affecting those around her. There’s still a strong bond between her and Robin but she needs to have more respect for him IMO.
Claire was the star, just 16 but so good with her mum and Robin. Yes she has the teen outburst at times, but that’s normal. Considering she’s just had her dad die suddenly, her mum’s old lover/boyfriend turns up on the streets and is now in their home she’s amazing.

The theme of memory and truth is strong here. I didn’t really take that in and when I read something Izzy recalled that didn’t match what I’d read Robin say I was confused, flipped back to check I’d read it right, and was more confused when I had. It all connects eventually, just go with it.
There were a few times I needed to check who was talking/remembering/thinking, as it wasn’t clear but I assume final edits will sort that.
I enjoyed the story, its not one I’d reread and the romance side was really only a small part of the novel

Stars: Three, I enjoyed it but at times it was a little hard going, and Izzy frustrated me.