A Lie for a Lie, All In Book 1, Helena Hunting

A Lie for a Lie, All In Book 1, Helena Hunting 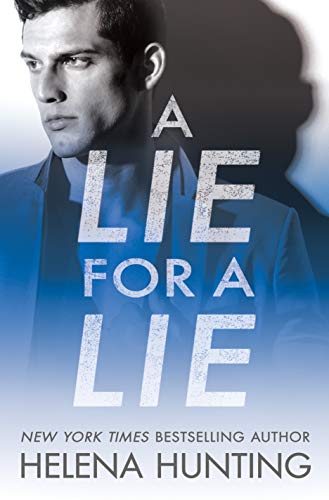 I first found Helena’s book from the fabulous Clipped wings, still my favourite and just downloaded again for a reread. I’ve enjoyed others from her but also read some that didn’t hit the spot. This one kind of falls in the middle.

I loved RJ, and understood exactly why he was so cagey about revealing who he was. Having had a stalker issue, he’s bound to be cautious and with fame bringing out all sorts of crazy its sensible to take care. Of course that led to lots of issues further down the line, but he never outright lied, just didn’t tell all and I thought once she knew the truth Lainey was a bit harsh to him over that.
I understood her issues, she’d been through a huge trauma. As a parent myself understood where her parents were coming from too, but of course at 25 no-one wants to still be having to run decisions by parents, and it was well past time for them to accept that.
When something happens in the novel I had a feeling it would lead to….and I was right. TBH I’m getting a little tired of that trope, its becoming too predictable. Maybe I’m just choosing wrong books though 😉 It then takes up a large part of the novel naturally, and becomes the focus of whether they can make it as a couple or not. I understood the characters, why they acted as they did, I enjoyed the story but wasn’t glued to it, and it won’t be a re-reader for me.

Stars: Three, an easy, relaxing read, but a little short on plot and drama for me.