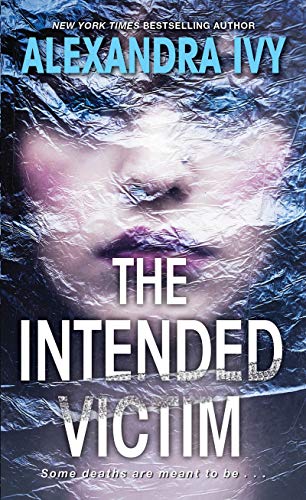 Burned By Darkness,  Alexandra Ivy
Review from Jeannie Zelos book reviews
Genre:  Romance,
I’ve enjoyed several of Alexandra’s books now and was looking forward to actually getting in at the start of a new series. Sadly though this series is one I’ll be missing.
The story is fine and of course well written as you’d expect from an AI novel, its just the plot that failed for me. I like my romance and/or supernatural reads to have a solid plot, something I can get my teeth in and here, it really just features around dragon natures and the kidnapping/developing romance between Tayla and Baine. The characters were fun, but very light and I didn’t feel I really knew, them so wasn’t really invested in the romance. And one of my pet peeves is tween names so dragons called Char and Synge made my teeth cringe….it’s one of the reasons I can’t bring myself to read the very popular BDB series…I read through to 50% but was convinced by then that this was a series for me to miss, so simply skim read the rest just to see the ending. It won’t stop me reading Alexandra’s other books, I know she’s an author who’s works I usually love, and look forward to other stories from her. Just that this series is a miss for me, nothing wrong with the story, simply that it doesn’t appeal to me, but I’m sure there will be many readers who adore it and avidly wait for more. .
Stars: two, sadly an AI series I’ll be missing.
ARC supplied by Netgalley and publishers

Review from jeannie zelos book reviews
Genre: Fantasy/Paranormal Romance
I’ve enjoyed several of Alexandra’s books now, and she’s become one of those authors who automatically get a book check when I spot her name. So how on earth I missed the previous book in this series I don’t know. Still, it’s still early days for the series, I’d read the opener novel,  and though each book is part of the overall story arc they are also stand alone in that they concern two individuals and the story behind them.
So I met Fane and Serra, two talented and gorgeous people devoted to the Sentinels, and the ethos of protection they stand for. Fane has long yearned for Serra, but knows as a Guardian his life will always be in danger, so simply ignores his feelings. He won’t put anyone through that agony of wondering if their lover is dead. Poor Serra, she’s always blamed his cold shoulder on the fact he had to protect Callie, but now Callie’s married and Fane is no longer her Guardian she thinks maybe they’ve a chance…until she hears Fane is moving back to Tibet and the Monks that train Sentinels! She’s furious, annoyed, feel rejected and upset. Then something happens to place her life in danger, and it brings home to Fane all that he could lose.
He joins her in her quest to find the kidnapper, and learns that along with Serra’s life there are far more things involved than just a simple kidnapping. Someone wants to keep him out of the loop, another group want to kill both him and Serra, the businessman is more than simply that, and there’s a whole conspiracy surrounding the kidnapping that involves humans and renegade High Bloods, and the person behind it all threatens the possible destruction of millions of people in the quest for ultimate power and control. A huge problem for him to solve, and of course Serra is furious at his intrusion and wants him to leave.
Its another terrific read, full of Ivy’s trademark sensuality, linked with plots that seem to have nothing in common and yet are heavily dependent on each other. Its a puzzle I love to try to unravel – and usually don’t succeed. At around 80% I thought I’d worked out who was behind the kidnapping at least – but I was wrong, again! I love books like this, that make me think, that throw in so many possible pathways for the plot( s) to diverge along, and yet at the end everything is tied up so neatly that it all makes sense. Its fantasy, but with the reality that humans treat the Supernaturals in the same way as they treated Witches in history, with fear and suspicion, with wanting to be able to control them. Throw in a hot and sensual romance, that takes time and makes Fane work hard to reach Serra and be let in, and is a winner once again.
Stars: Five -A great read of you are an Alexandra Ivy fan.
ARC supplied by publishers and Netgalley.

Out of Control, Alexandra Ivy,

This is book 0.5 – a sort of introductions to the world and characters in a new series I guess. It makes sense now why it was so light – when I read it I was surprised it was so short and simplistic, just an uncomplicated plot centred around a few main characters. As a book on its own it didn’t do much for me, well written of course and the romance is sweet – I’d have liked a bit more friction, sensuality, angst from it but space is limited. Its one of the reasons I don’t often read novellas, and I hadn’t realised this wasn’t a full novel. I just saw Alexandra was the author and assumed I’d enjoy it as I love some of her books. My mistake.
Anyway it works well as an introduction to the series, but its very unsubstantial, being a light easy read so bear that in mind when you buy. I think I’ll enjoy the series more as full length novels
Stars: three, good start but too light on it’s own.
ARC supplied by Netgalley and publishers.

Hunt the Darkness, Alexandra Ivy.
Review from Jeannie Zelos book reviews
So, this is book eleven in the Guardians series…and as I’d read book one ages ago, and somehow never got to the rest I wondered how I’d get on with it. No problem is the answer 🙂 Though there are references to other events and people Alexandra makes it easy to keep up, and it seems each book is a complete novel, just how I love it. One day I’ll get to the rest!
For this one though I really enjoyed the story. Its got the right blend of magic and mayhem, sex and sensuality for me. Roke starts off resenting Sally, she’s nothing like he’d envisaged for a mate. He wanted sweet and compliant, and she’s fiery and outspoken. She’d caught him in her spell accidentally, and as she was trying to escape capture at the time I could understand why she’d tried everything in her resources to get away, especially given the distrust of witches so many vampires have…She needs help from her father though to break the spell, and she doesn’t know who he is. Still, though she’s got feeling for Roke, her pride and sense of fairness makes her search every avenue for her father. Roke is attracted to her, and sexually they are on fire…he keeps telling himself its just the spell, but as Sally keeps getting into danger, and the journey continues, he learns more about her and her troubled childhood, his feelings are changing and he doesn’t want the bond broken. Sally is stubborn though, she has strong feelings for him but thinks – knows really – his clan won’t accept her, and continues her search despite the increasing dangers. She is convinced its just the spell making him think he loves her, and that she’s not right for him, not clever enouygh, beautiful enough and certainly not compliant enough! Roke can’t persuade her to stop the search, so stays with her and they get into more and more dangers, and grow closer and closer. Then she finds him…the father who can break the spell, and what she learns about her birth is heartbreaking…
Its a book full of action, vampires, witches, gargoyles, Fae and other supernaturals…I love this sort of fantasy where there’s romance and danger, journeys and endings. Its a fun read, and kept me entertained til the very end.
Stars: Four and a half, I really enjoyed it and maybe if I’d read all the series I’d have gone five. As it was I felt its a little light, and maybe what I missed was that connection of the story that runs through series like these. My fault, not the book.
ARC provided via Netgalley