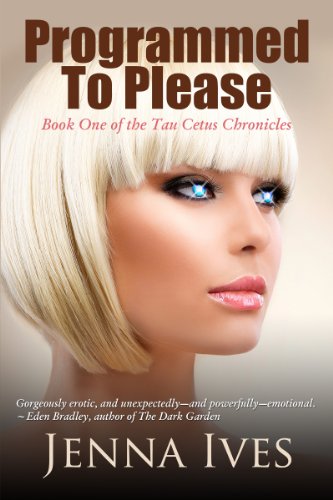 Well, I thought this sounded intriguing, how could a woman act as a robot in such an intimate situation but…just didn’t work for me as a story but it was well written and for those that want erotica its pretty spicy.

Its over such a short time period that it just didn’t feel real to me, found it too much a stretch to believe that feelings could change so quickly, that someone allegedly so intelligent could be so duped, and talk to the “doll”.

I hadn’t realised it was so short – my bad – its only 159 – 170 pages (depends on which site )or 2450 kindle locations, and that just doesn’t let anything more than superficial actions take place.
If it had been longer, and spread over a longer time period I think I’d have enjoyed it but as it is its just too brief and there’s seems to have been an emphasis on sex rather than romance and story. That fine if you want an erotic read, but I was looking for more romance, love some spice but I have to believe there’s meaning behind it and with these two characters for me that was missing .

Stars: Two, not one for me but will appeal to lovers of erotica novellas.