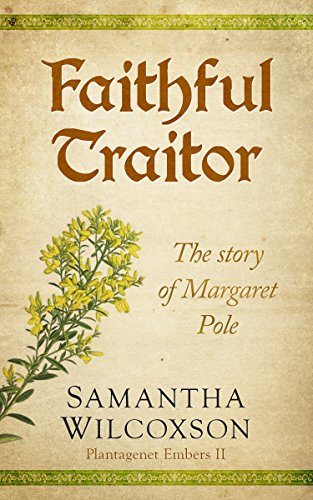 I love this kind of historical fiction, with roots based in what happened, in events of the time, but taken so that the author fills in missing details. Its speculative, its fiction but well researched and very plausible. I loved the first book, featuring Elizabeth of York, mother to Henry VIII, and this book sees Henry as King, and Margaret Pole as lady in waiting and friend to Catherine, his Queen.

I know little of Margaret other than her Plantagenet connection, and its that faint thread of blood that gives her position in society as cousin to the King, yet also makes life for her and her family so dangerous.
I really felt for her, she had a tumultuous childhood, losing her father and other family suddenly due to twisting alliances, and the tenuous hold the Tudors think they have on the throne.
Its always like that in history, Kings rule by fear, ridding themselves of possible threats by harsh means. It difficult to understand from a modern viewpoint, but harsh though it was I can see that there was little else they could do sometimes. Kind of reminds me of lions, when the males win over an opponent and takeover the herd, first action is to kill all male cubs, so that only their blood flows through the herd. There’s no politics there, just instinctive action, but the parallels to royal history is there, where ascendants promptly dispose of threats however they can. Even the females weren’t exempt.

Margaret wants little more than to live her live in peace, to have her family and ensure their lives successful, but the Plantagenet blood keeps her always in the royal eye and under a threat of suspicion. Of course as Henry ages, discards Catherine and creates his new church fortunes and lives fall on his whims, and Margaret needs to tread a fine line. Play it safe on the earthly life and embrace Henry’s new church, or keep her faith with God, her religion, the one she has known all her life and risk her and her families life? What must she do? She tries so hard to keep her faith and yet keep her family safe too.
It makes me think, what would I do? I’m just glad I didn’t live in those times… Throw in Henry’s lack of a male heir and you can see just how dangerous life was for Margaret and those like her.
I really enjoyed this story, bringing history to live in a readable way through fiction. I really felt there with the families, could mentally see what was happening, and the little things, clothing, buildings, plants even, really brought the period to life. Its those tiny touches that work for me, make the story feel real, I want to feel as if I’m there, a silent onlooker back in time, alongside the characters.

I
Stars: Five, liked the reminder of how Margaret is connected t the last book, I’d forgotten but when events were mentioned it all came back and it really embraced the sense of continuity in history between the two books. I’m keen to read book three now. 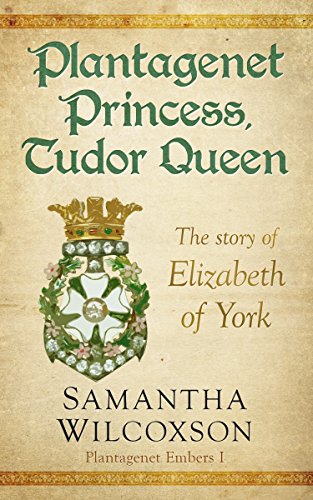 Sometimes I want a break from Romance, from Fantasy, and then I take a dip back in history. With these reads, as with most fiction I enjoy, I need to feel that events could have been real,. I hopefully get drawn into the story so I’m almost part of it, instead of a detached observer.
This story did all that and more, I really felt for the characters, wondered about events, even knowing British history so I had an idea of what would happen.

Samantha has stuck broadly to facts well known, but put her own interpretation on them. Thus all UK kids learn about King Richard putting his nephews into the Tower and that they disappeared, but we never really know, even now, if they died, escaped, were murdered, and if so by whom. Samantha has an interesting and plausible take on that.

The Tudors – books generally focus on Henry V111, but we’re a bit earlier here, starting with his mother and her story from childhood. We see firsthand ( well, fictionally first hand) the trials her family went through, princesses in hiding, then out in the open and then frequently back in hiding or in Sanctuary for their safety. It was a tumultuous period, with different factions vying for the throne, each gathering their own support and some pretty bloody battles. Families were never really secure, knowing that through battle they could be deposed at any time…

I enjoyed seeing Elizabeth grow, marry, have children and seeing figures I know as adults in history, Henry and Arthur, it was interesting seeing them as children. I enjoy reading about lesser known figures from history such as Elizabeth, and the childhoods of more well known people.

An excellent read, had me swept up in the story, worrying for the families, and feeling sad for the girls who were married off as political pawns, and the boys who faced imprisonment or execution if there was a change of king. Tough times to be Royals.

Stars: five, a great historical read, that drew me in and made me feel “there” with the characters.