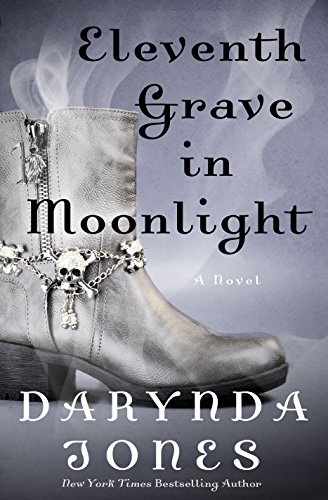 I’ve loved this series, it has it all, romance, suspense, humour, and all wrapped up in a great adventure.
Its kind of hard to pick out which characters you like best, Charley and the sex-on-a-stick Reyes of course, but then there’s BFF cookie and her daughter amber, and Ubie, Charley’s detective uncle, and some of Charley’s other friends. And Osh, Angel, and others from the supernatural side.

Once more we’re bang into a story. I’d expected it to pick up from the end of the last book where Charley was berating Jehovah and Michael….y’know, telling Gods and Archangels off as you do, bringing out the threats….but it doesn’t.
Instead she gets a new job for her PI business, from a strange source, Reyes’ foster brother…and as always Charley storms in without really thinking too far ahead, other than getting Cookie on more research.
I love the way those two chat, its almost deranged and yet they know what they mean and it makes sense. Sort of.
While chasing that down they have to deal with an issue Amber has, and of course still work out how to get back the people trapped in the God glass, who’ve been stuck there since the 1400’s thanks to a vengeful, twisted priest, work out how to stop Charley from destroying the world, learn just what she can and can’t do, find some way of dealing with Eidolon and protect Beep. Business as usual then, no pressure.

It turns out that some of the things that seemed to be separate issues are actuallyconnected – doesn’t it always?
I love the way Darynda does that, the way she takes issues from past books, things that almost passed unnoticed, and weaves them in carefully and letting Charley loose on the problem, and of course the way Charley seems to plan on the fly, the way everyone gets involved.
Its all serious drama, heart stopping stuff, mixed in with some trademark Charley snark and humour. And sexiness…Reyes…hmmnnn – the way he adores Charley and yet doesn’t pander to her, puts his foot down sometimes – not that she takes any notice. Its good to see he doesn’t just roll over, but is such a strong character, that his love for her, his Dutch, strengthens him, makes them into a formidable duo.
The Sahara scene with him and Charley was terrific, and her learning experiences take a decidedly sensual turn, reminded me of that shower scene in one of the very early books.

Its interesting to look back at the start of this series and see just how far its come, how the characters have evolved and yet still keep the essential essence of what makes them personally so special, so integral to the story.

A fabulous mystery once more, plays out well, ties up some past loose ends, but opens up more as usual, but that ending. Noooooooo…..Darynda how could you? I hate, hate cliff-hangers, hate them with a vengeance 😦 and this one is a real doozy.

Stars: Five, another cracking book, still fresh after all the past ones, where some longer series get stale. This one though, you never quite know what’s coming next.