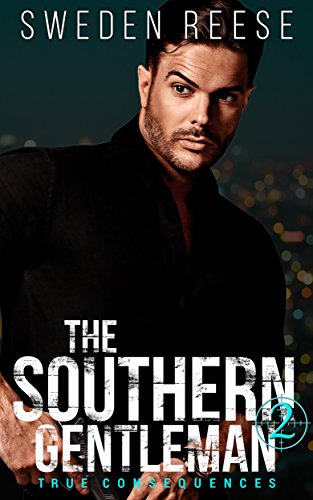 I loved book one, a fantastic debut which ended on a cliff-hanger, and by now most who read my reviews will know I Hate Those!
However, both parts of the novel are bing released simultaneously – Hurrah. Its something I’m always publicly wishing for, that if books have to be divided up, release the whole story together or at least within a few weeks. Stories where I have months – years even sometimes – between parts lose all the build up, the excitement, the craving for knowing what’s going to happen next. So thank you Sweden 🙂 A huge thank you, for releasing the story this way!!!

So we ended book one with Nolan and Lola finally giving in to the attraction, with Nolan giving Lola what they both want, a spanking, some discipline and a good effing….not knowing that some sleazy pap had filmed it.

When the story hits the press, along with all sorts of allegations it really is a case of sh it meet fan. Lola can’t believe the way everything has been twisted, its disaster for her mum, disaster for Nolan if people believe the line that’s being peddled about abuse, about him supposedly beating her up.
She doesn’t know what to do, she’s out of her depth, loves what they did, has incredibly strong feelings for Nolan and doesn’t want his business to get hurt, doesn’t want her mum to get caught up in the scandal, has to convince her parents that she was consenting, that Nolan isn’t coercing her to take part, has to persuade dad that he doesn’t need to put a hit out on Nolan…
Nolan can’t see it as just being a stray pap got lucky, after all the things that have been happening to Lola in an effort to damage her mums campaign. He’s determined to track down who’s behind all these things, but time is running out, there’s only days left til the election and they need to refute this latest PR disaster ASAP. He comes up with a unique suggestion…..

I love Nolan, its clear he knows exactly what he wants, he’s had time to learn, to find what does and doesn’t work for him, and if things were different maybe he’d give Lola a bit longer, but they aren’t and he can’t.
Lola, she seems so young in some way as she’s been kept out of the kind of things most of us do in out teens, that life’s learning curve that lets us make mistakes, lets us grow and find our feet. With her parents all too public position she’s always been kept out of anything that might create the slightest scandal, and now at 23 she’s finally having a rebellion.
She doesn’t want to hurt her parents, is right behind her mum’s campaign, but she’s tired of being controlled, wants to make some decisions for herself. So far though they’ve put her in some possibly life threatening scenes, certainly ones that hold great danger for her, and its only been a few days 😉
Given the way she’s trying to wrest some control of her life from her parents you’d think she would resent Nolan and his need to always make the decisions, his need to have her submit to him 24/7, and yet his control is very different to what she’s used to. Its done with her wants and needs in mind, whereas her parents have their own positions in the forefront of what she’s allowed to do.

I can see why she and Nolan fit so well together, its not something that would work for me, but for Lola and Nolan its a real need not just a desire.
I do find that a little hard to understand, how people could enjoy that, and yet they do, and my mantra has always been anything goes so long as both are happy and no-one else is harmed. 24/7 D/s is something that works for many, that I don’t really understand and certainly wouldn’t want it doesn’t really matter.
In this book Nolan and Lola do need it,  but they have to be careful as they are right up there in the public eye. Its cleverly handled, and I enjoyed the way it was brought in to a story that’s already pretty drama filled.

I really enjoyed this book too, its got politics but not so much I’m confused, ( like I said in review of part one UK politics is all I know), it’s packed with drama and excitement which all feels very real.
I don’t like when drama gets so intense and complex that I’m lost, can’t really understand what’s going on, but here I was “with” all the action, feeling for the characters as it played out.

I loved seeing Nolan’s family and they way they interacted, that brought another facet of Nolan into the front, loved the way they took to Lola, and the way she fitted in so well right from the start.
Loved the sex scenes and BDSM, its not hard-core stuff, more domination and control, than actual whippings and stuff that sometimes comes within this genre.
Its got a psychological aspect to it that I liked working out. I was happy that the drama was realistic, not OTT but things I could really imagine happening, and that’s very important to me, I have to feel the people and the story could be genuine, feel that I’m getting to know the characters, to work out what’s happening, to puzzle out who’s behind things. I didn’t work it out – that came as a real suprise, BTW!!

Its a great duology, do read part one first, don’t just jump in to part two, as you really won’t follow all the story, won’t get the best from it. I look forward to reading more from Sweden.