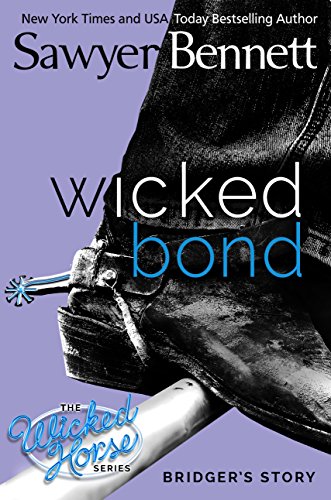 Well, when I was a kid I got the habit of always saving the best bit of food til last, something I still do… the almond centre of an almond croissant, the gooey, chocolate coating of a cake, a soft and crispy bit of a roast potato, a prawn and some sauce in a fish pie…you get the idea.
That’s how this book feels, its part of the series but the best, and its been saved til last.

Like so many other readers Bridger ( and I always want to write Bridgr here, seems to fit with Tindr and Grindr 😉 )  is a mystery we’re dying to unravel. He’s so all knowing, so capable, the one everyone defers to and expects to sort out any and everything, and yet we know so little of him, except for that blackbirds tattoo. I’d love to see that, and I want to know exactly what’s behind it. Well, finally we’re getting some answers about him, and his story.
Its the usual sexy read, hot and raunchy yet tempered with sensuality, full of men who are Men and yet aren’t afraid to be with and talk to anyone who’s a bit unconventional sexually. That’s what The Silo is about, letting go of inhibitions, doing what you want and being accepted for it. So long as everyone consents andything goes, within legalities anyway.
Its a great idea, and it always puzzles me why places like this are so hidden, forced into being a kind of secret underground. Still, that’s the way it is, and for The Silo it means there’s always lots of people willing to pay the very steep membership fees to let their dreams and needs be free.

Bridger’s current predicament comes as Kyle, one of the local MC club members brings him a very badly beaten up lady.
Maggie has been kept hostage by Zeke – the club president – she’s hidden away their 2 year old daughter, not wanting her brought up in the club. Who would? Its epitomises the very worst of MC reps, and she wants better for Belle. She’s not the naive, addicted teen she was when she met Zeke, but he won’t let her go. He regards her and Belle as his property and has been beating and torturing her to reveal where Belle is. Now he’s away for a couple of days and his old lady, who can’t have kids, has taken over but she’s out to kill Maggie.
She’s been rescued covertly by Kyle, one of the members who’s hiding his own secrets, and taken quietly to Bridger. She can’t go to the cops, there’s too much riding on a secret for that, but Kyle asks Bridger to keep her safe.

Maggie is badly injured and its some days before she can really talk to Bridger, and he doesn’t understand it but the more time he spends with her the closer he feels to her. He’s attracted sexually, that’s odd for him. Usually its as if his d ick is just a tool, orgasms just a pleasant bodily function, sex just an exercise in stress relief. He keeps emotion out, keeps himself closed off and that’s why he’s such an enigma. There’s lots of club ladies ( and a few men hoping!)who’ve tried to get through his walls, none have come anywhere near close, but it seems Maggie is even without trying. She so damaged though, Bridger feels bad for even thinking of her like that. He doesn’t know Maggie is having the same thoughts.

All the while that’s taking place, the dangers of discovery are stacking up. Bridger needs all his wits about him this time to protect her and Belle from the MC club. Its comes very close at times, the dangers feel very real and there’s heartbreak for someone I just didn’t expect to lose 😦

Its a great read, wonderful romance, heart-breaking learning of Bridger’s past. Plenty of drama and emotion, angst and anger, and spicy, sensual and “naughty” sex all written in sawyers trademark way where it fits perfectly into the story told.
After FSoG sadly there was an outpouring of “sex” books hoping to cash in,  where it seemed some writers though hot sex was all that was needed to hit the best sellers, and hadn’t the talent or motive to actually plot and plan a decent story.  Plenty of authors can write good sex scenes but unless they’re part of a good story, attached to characters I like, that just feel meaningless and bland to me. I need a solid story backing up the sex, and Sawyer always does that.

Book one is now joint favourite with this one, two terrific stories. They’ve all been good, its been great to see characters in their new roles as the series progresses but one and five are my favourites of them all.