Back to You, Chris Scully

Back to You, Chris Scully 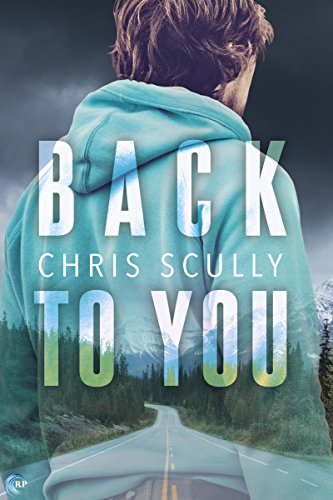 I loved this story. a beautiful slowly unfolding romance, a tantalising mystery, and a look at just how much childhood influences our lives.

Alex seemed pretty selfish when we first met him and I didn’t really like him. It seemed pretty straightforward, alcoholic father loses job, or could have been jobless father becomes alcoholic….depends on your view, and then parents separate and mum moves away with kids and remarries.
Alex loves his mum and stepfather but carries a real resentment that his own father didn’t make more effort to see him and sister Janet, didn’t even phone them.
Janet’s older so her view of the past is not the same, she recalls more of their parents being happy. She leaves home and ends up back in the same town as their dad, and now Alex is back as their father is dying he can see that she’s got issues too, another alcoholic, though a functioning one who covers it well.

We only see things from Alex POV which is a shame, as I’d have loved in insight into Ben’s mind.
He’s stayed in the same town, made a life for himself quietly, and clearly the event that had impact on him back then is still affecting him. His sister Misty, Janet’s best friend, went missing while Alex and his family were still living there. In fact he and Ben were the last people to see her.
Her mum, Angela, was like many parents, wrapped up in day to day stuff, the slog and grind of working, running a home, looking after teens, didn’t really make time for the kids, let them roam freely without much checking. Now she’s thrown the last 20 years into finding out what happened to Misty, as if she blames herself for not being there so much of the while.
She’s turned Misty into some kind of a saint, and rewritten the past to give them a close, devoted almost, relationship when it simply wasn’t that way, and Misty was a pretty mean, malicious individual.
She’s really no time for Ben, kind of dismisses him as doing OK, and just doesn’t appreciate that she still has one child, albeit grown now, living near her.
Ben looks after her, helping out when she’s in trouble yet again in her search for answers. She’s very single  minded.

This book is a really close look at families, childhood, mistakes, the things that happen, that we can’t evade but which have so much impact on us as adults.
Its clear that Alex thinks he’s left the past behind but inside he’s still seeking his dad’s approval, but knowing its never coming, so everything he does is tinged with that sense of failure in his view of dad’s eyes even before he starts it. My view of him changed as the story unfolded and I grew to really like him.

I love Ben, so quiet, so internal, and so helpful in an unobtrusive way to others in the town. He sees people for what they are, what they need, what he can do to help, not what problems they have.
He’s always loved Alex, that’s clear, even though they were only 13 when he left, and I get the feeling his life without Alex, with his mum there but in a way absent from his life in her search, means he’s kind of lonely. Its a small town, everyone knows everything, or thinks they do – or so it seems, and towns like that aren’t likely to have too many openly gay people.
Still, he’s made himself a quietly successful life as an artist, and in his unique way gives so much back to helping others.
I just couldn’t help wanting things to work out, was really worried he’d get his heart broken again. I could understand why he wasn’t overjoyed to see Alex again.

Alex changes a lot over the course of the story. Forced to look at himself he finally learns he doesn’t like what he sees, what he’s been doing, kidding himself he’s happy, but knowing and ignoring that his childhood issues were still driving him.
Was his attempt to find Misty altruistic, an attempt at atonement or a cynical plot for the next big news story?
For me it starts as one and ends as the other, he and I learned a lot about him over the course of the book.

Its not an overly sexual read, the parts where they do come together are very erotic and sensual but not frequent, and it takes a long while before they even touch each other, let alone do more. That was perfect for this story though, there was so much to tell, so much to learn that too much sex, them getting together quickly despite their pasts would have felt wrong. This way the balance felt perfect for me.
I used to read a lot of thrillers/suspense, but found their focus on thriller action first and romance second didn’t really work for me, I need the romance to be quite a strong, solid part of the story even if kept in the background.
This book, putting the suspense angle into a mystery, a story to be worked out that involves so many characters we’ve already met works better for me than an out and out thriller type read, bringing in lost of external characters.

Stars: five, a great read, perfect blend of romance ans suspense for me, and one I simply devoured in one sitting.
Riptide novels tend to be like that for me, stories that engross me, seduce me into another world, and let me escape from this one for a few hours. I was there with Ben, Alex, Janet and Angela, wondering just what was coming out next.